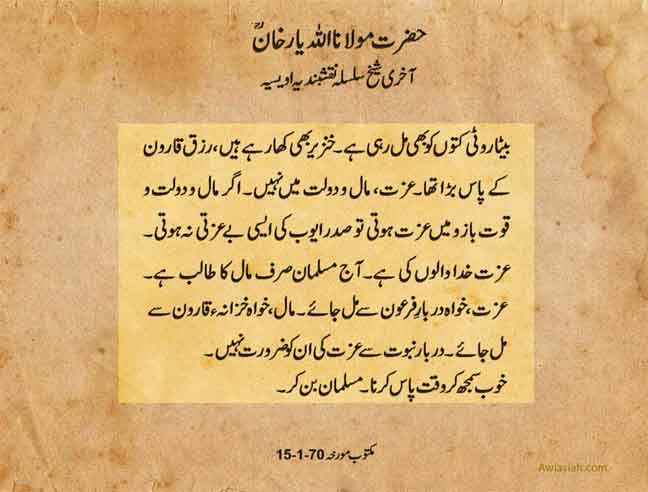 My son, even dogs and pigs are getting food to eat. Qaroon had a lot of wealth. But honor does not lie in wealth and money. Had there been honor in wealth, money or power, President Ayub would not have been dishonored like this. The honor belongs to men of Allah. But today's Muslim only wants money. He wants (worldly) respect, even if he finds it from the court of the Pharaoh. He wants money, even if he can get it from the treasure of Qaroon. They do not want respect from the Court of the Holy Prophet ﷺ.

Spend your time very carefully, while continuing to be a Muslim.